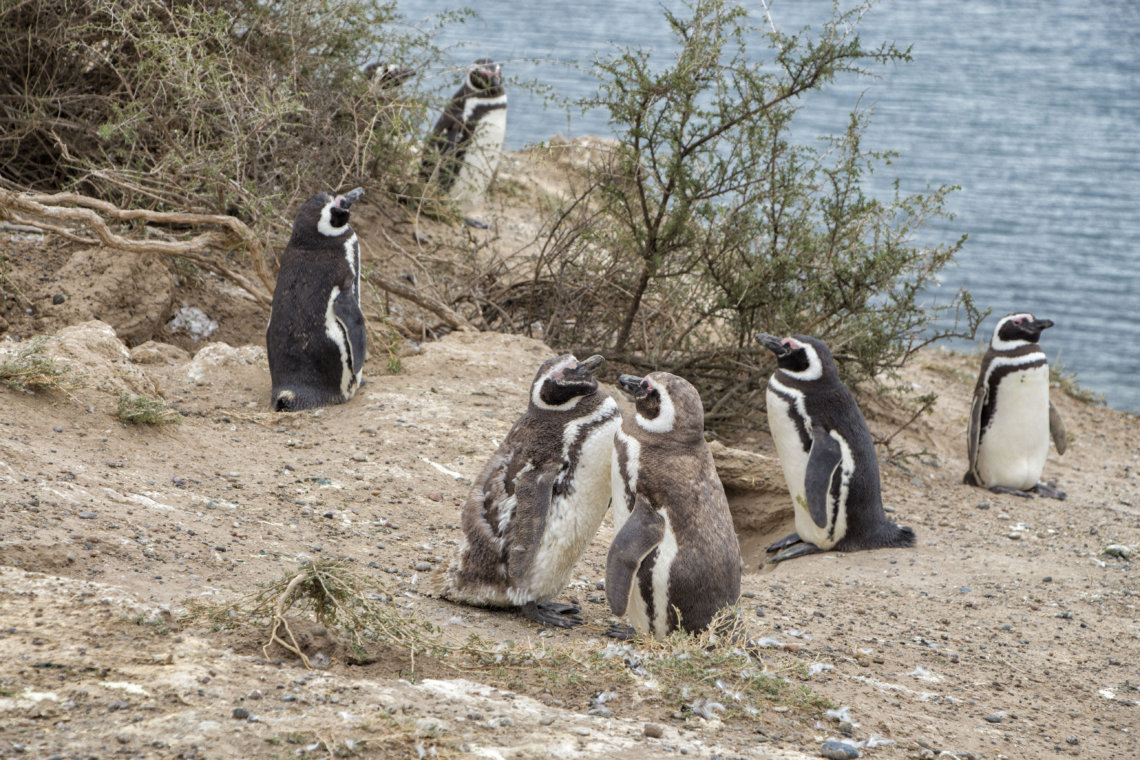 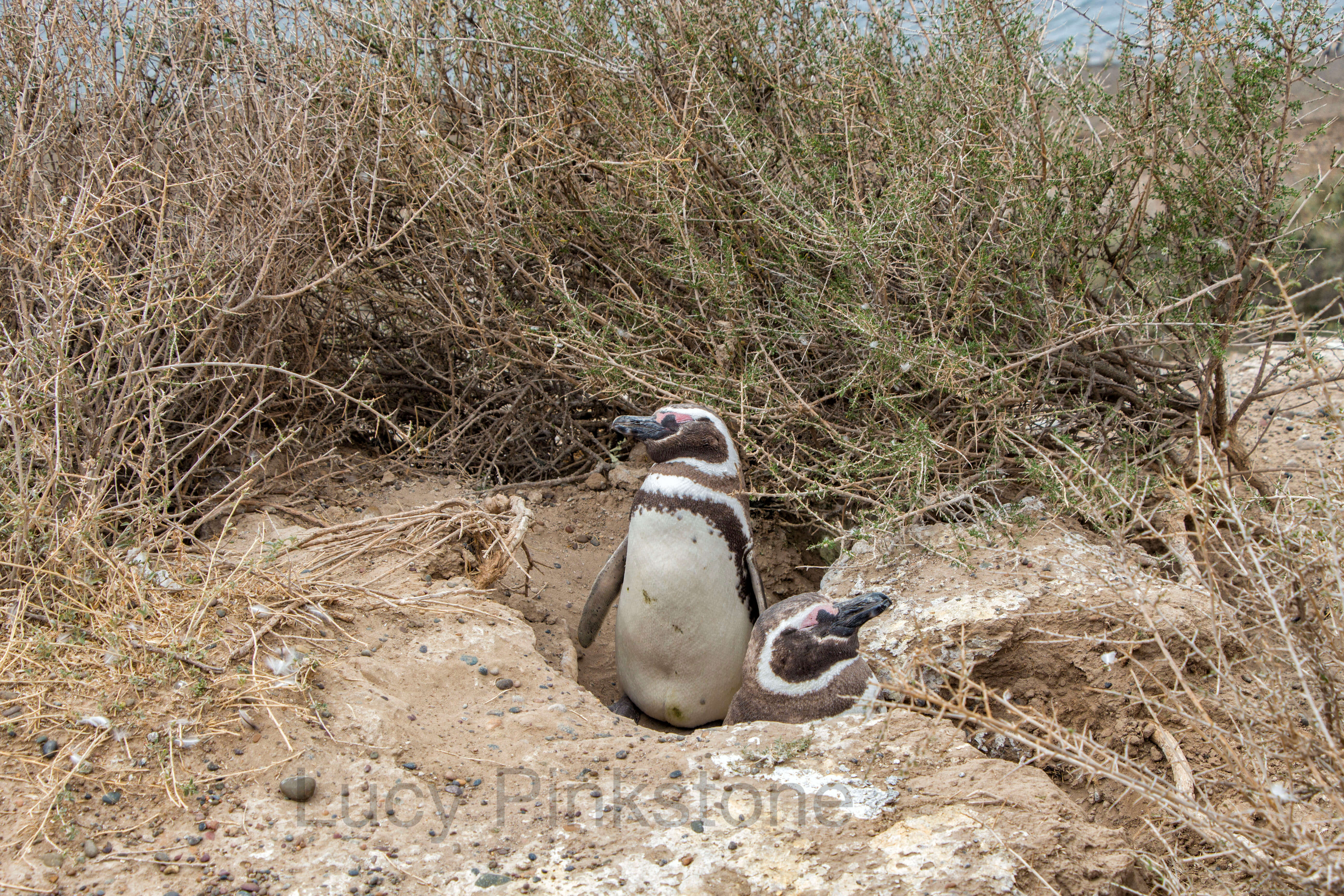 My rough route around Argentina was already taking me in the vicinity of Peninsula Valdes, although I was completely unaware of its existence until I started planning things in more detail. The peninsula – a few hours drive from the coastal town of Puerto Madryn – is a UNESCO World Heritage site thanks to its importance as a nature reserve. If you visit between May and December, you can go whale watching but you’re likely to see all sorts of incredible animals year-round. Although I wasn’t there at the right time of year to see whales, I was hoping I’d be just in time to see something I’d never seen in the wild before: penguins.

I struggled to find an affordable tour online so I decided to take my chances with the tour companies in Puerto Madryn. As it happened, I was offered a tour by the owner of my hotel while I was checking in, which saved me from spending my afternoon trailing from office to office. I was a little apprehensive as the hotel owner couldn’t speak any English and my Spanish was still pretty terrible at that early stage in my trip, but the tour seemed to cover the entire peninsula and he had a handy map with pictures of the different animals I might see. What’s more, it was a fairly reasonable £50 for the entire day. I decided to chance it. 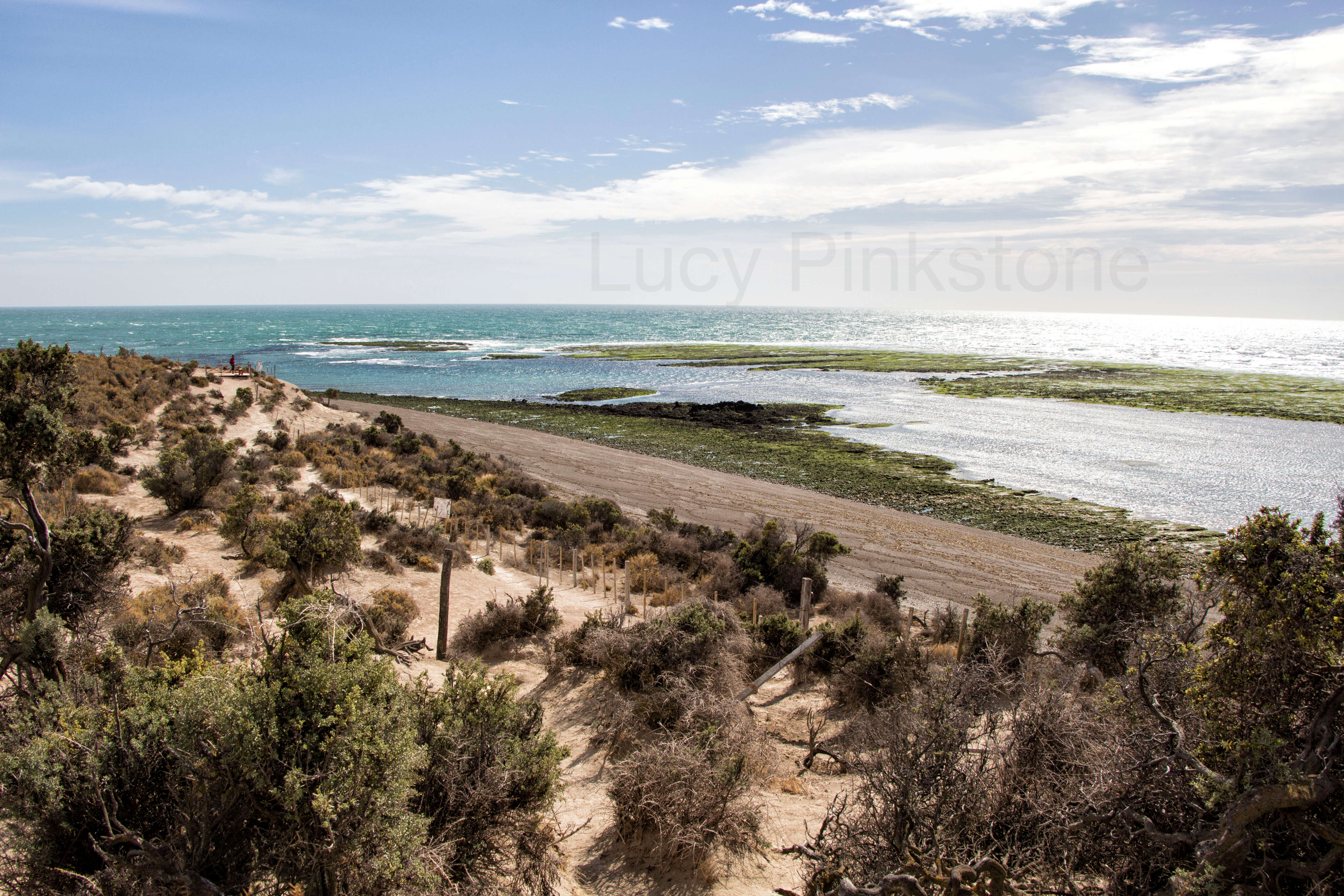 That’s how I found myself in a packed minibus at 8am the next day, setting off on the long drive to Peninsula Valdes. This part of Patagonia is very flat, very dry and very brown. There are hardly any trees thanks to wind that sweeps its way relentlessly around the region. This was my first experience of Patagonia – a frequently romanticised part of the globe – and I’ll admit that part of me felt a tiny bit disappointed. Where were those dramatic landscapes I’d been promised?? I’m aware that I’m not exactly selling it here but it helps to know that Patagonia is vast and that a lot of it is flat, featureless and boring, especially when you’re looking at it through a bus window for hours. However, the thrill of finally making it all the way here after so many years spent map-gazing and day-dreaming eclipsed everything else.

The wind-blasted peninsula stretched for miles before disappearing into the chilly Atlantic. It looked empty and uninhabitable but as the bus slowed down we started to notice movement against the beige backdrop. Herds of guanacos – a type of small llama – were grazing on the roadside, leaping like skittish deer as we approached. My very first llamas in South America! More shapes emerged from the landscape as we drove along – huge rabbit-like creatures called Patagonian maras and plenty of different birds, including an adorable pair of burrowing owls. 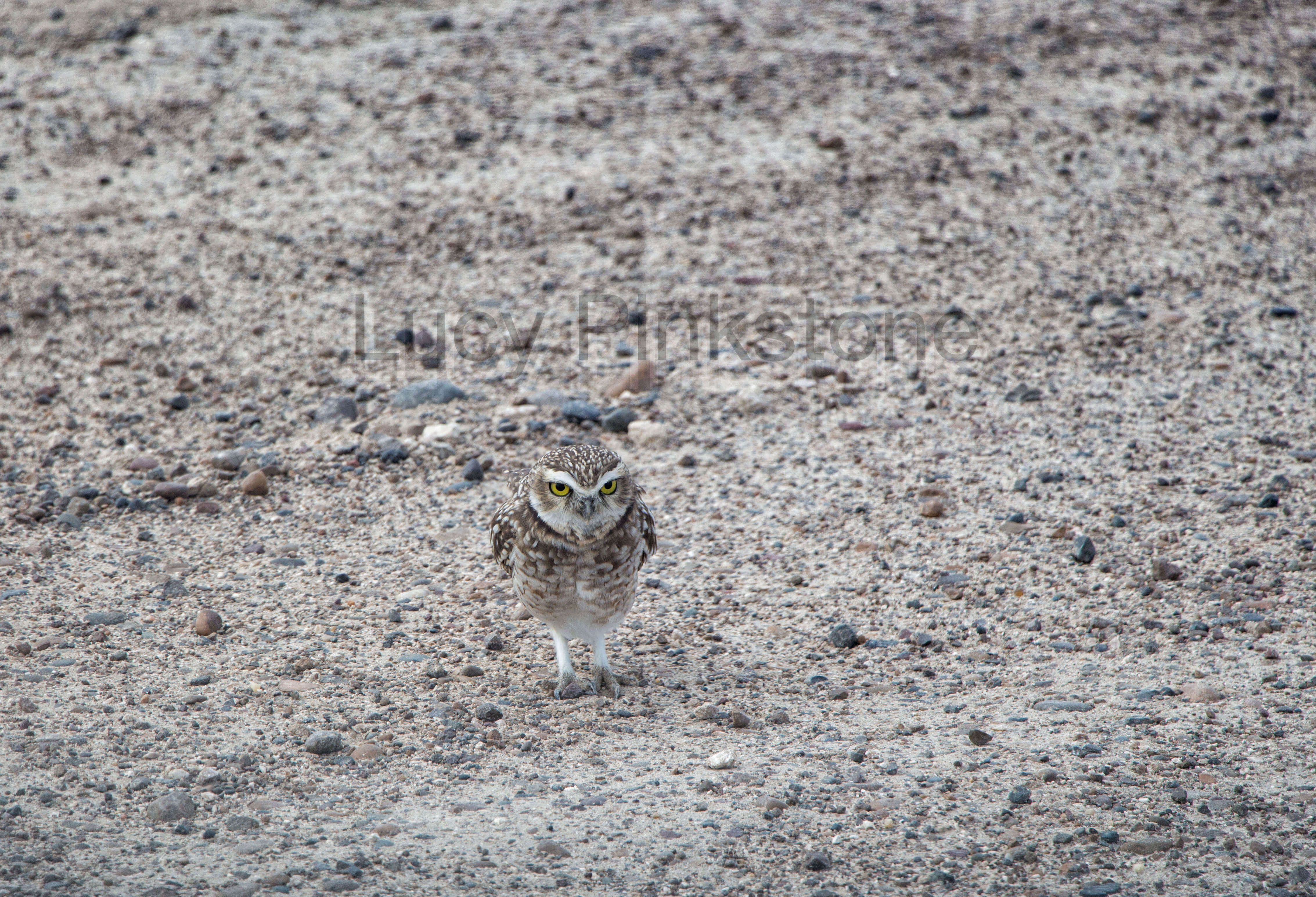 It may seem unbelievable after encountering such fantastic and varied wildlife but the highlights were still to come. I was desperately hoping to see an armadillo even though I understood it might not be very likely. Little did I know they’re the pigeons of Patagonia! Weird as it may sound, these scaly scavengers know that tourists = food and a few of them were hanging around waiting for scraps at our cafe stop. This meant I not only got to see an armadillo, I got to see them at ridiculously close quarters (and no, I didn’t feed them). They were even cuter than I imagined; bimbling around the place, snuffling at people’s feet then scurrying away if that person moved. I was delighted by them. 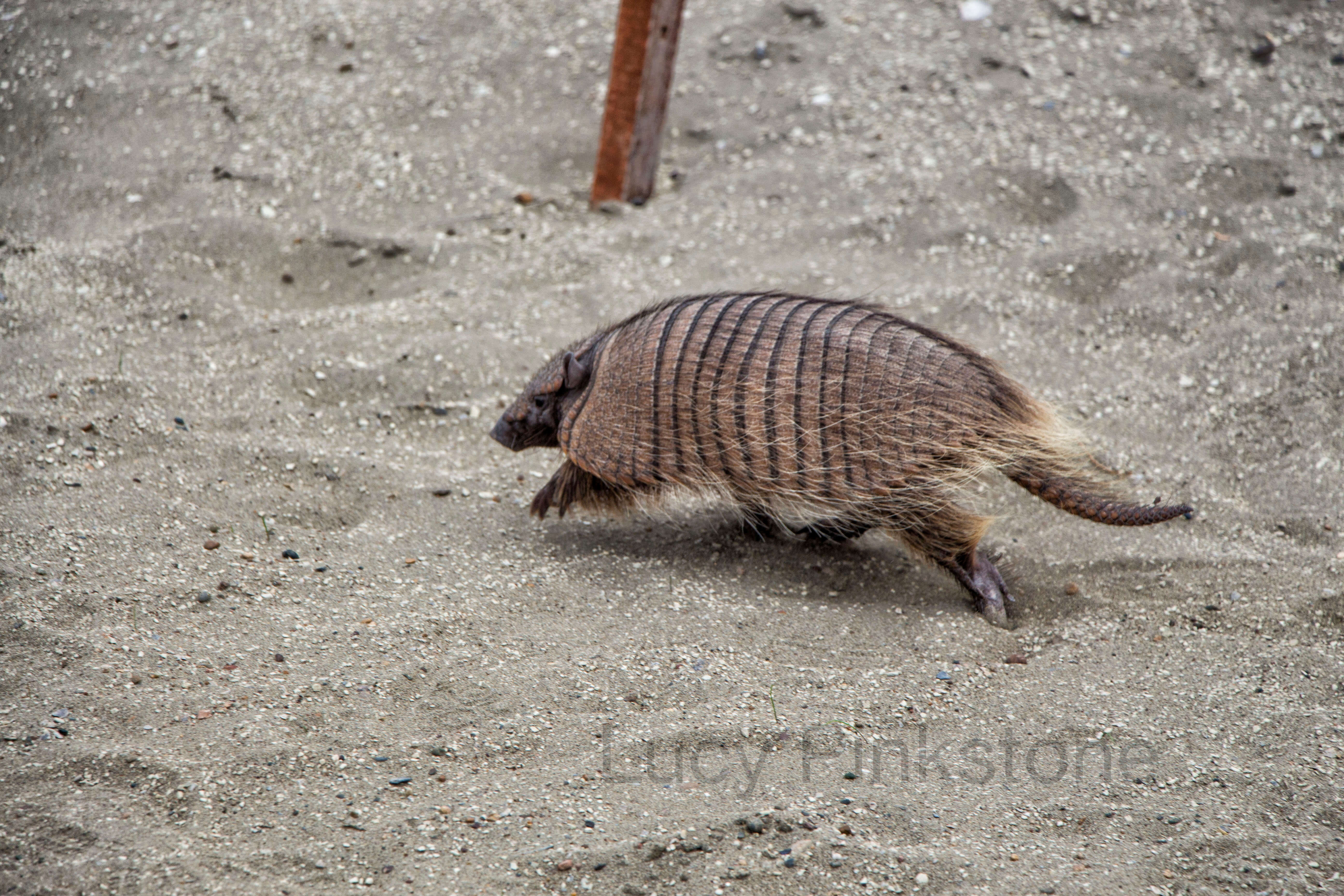 My trip to the Peninsula Valdes was turning out to be well worth it. As with anything involving wildlife there were never any guarantees, so I’d been extremely lucky to see so much. Would my luck extend to penguins? I was in Argentina towards the end of their breeding season so I was cutting it fine. They usually stick around until the end of March and it was already March 27th. Would they still be hanging out on the Patagonian coastline or would they have decided to move on?

Fortunately luck was still on my side. We pulled up at the viewing spot and a huge colony of adorable penguins was right there in front of us. There were so many of them! The closest ones were only a few feet away, with the rest of the group spread out across the sand dunes and down to the shoreline. They seemed pretty chilled about our presence – just standing around or cuddled up in burrows. The air smelled decidedly fishy, occasionally one of the penguins would shoot out a high velocity jet of liquid poo and the temperature on Peninsula Valdes ranged between boiling and freezing but it was an incredible experience. I felt so privileged to be able to see these cutest of animals in the wild. 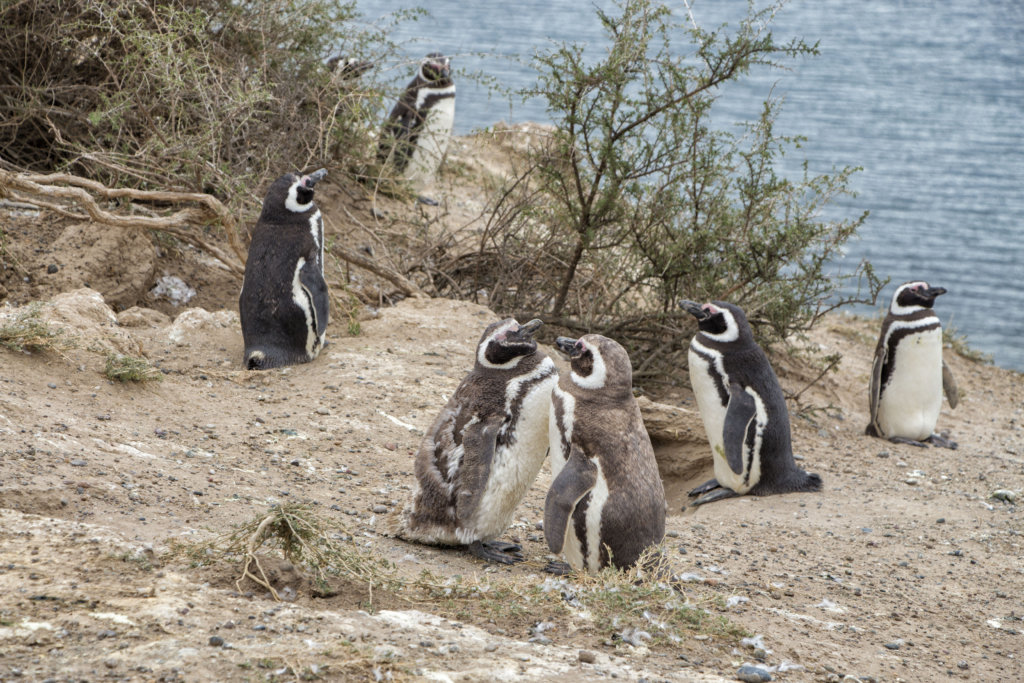 If you’re really into penguins and would like to actually walk among them, travel further south down the coast to Punta Tombo where you can visit the largest colony of Magellanic penguins in South America. I had to choose between Peninsula Valdes and Punta Tombo so I decided on the former, as the wildlife is more diverse. I also thought I’d be able to walk with penguins once I got to Ushuaia but “penguin season” had finished by that point, unfortunately. I was a little disappointed at the time but when I thought about all the wonderful things I had seen on Peninsula Valdes, I only felt happiness. I had no idea that there were so many more wonderful things in store for me during this South American odyssey. 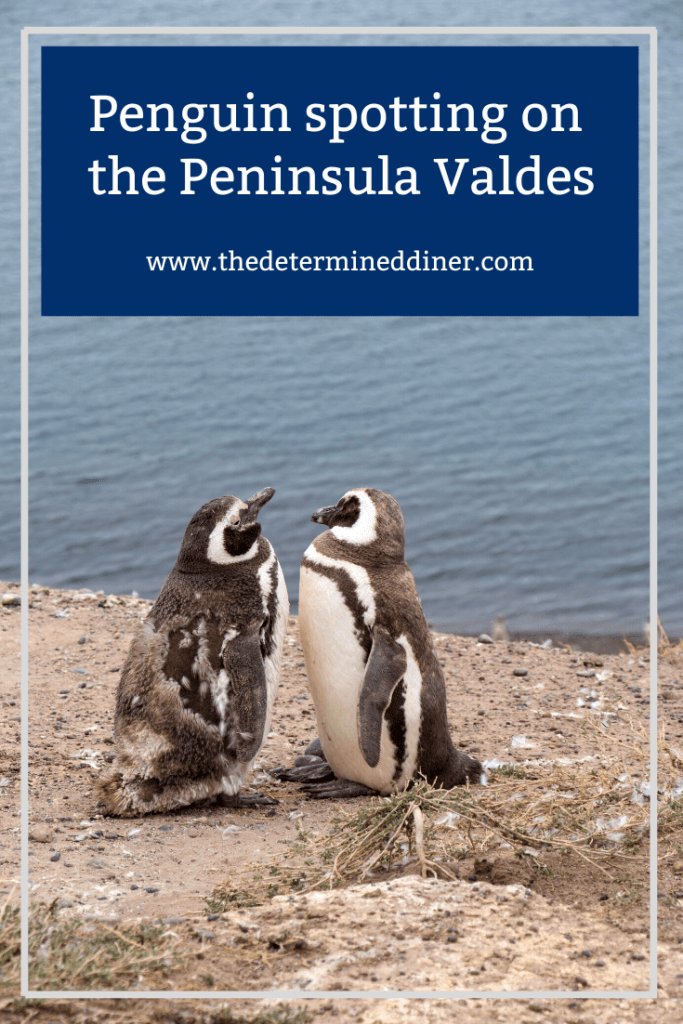 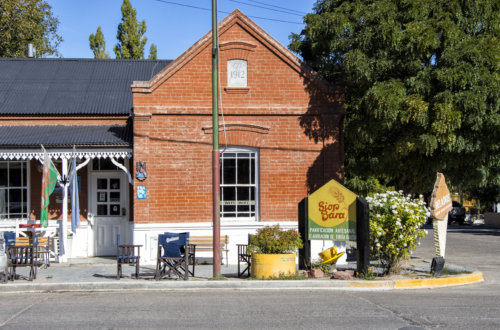 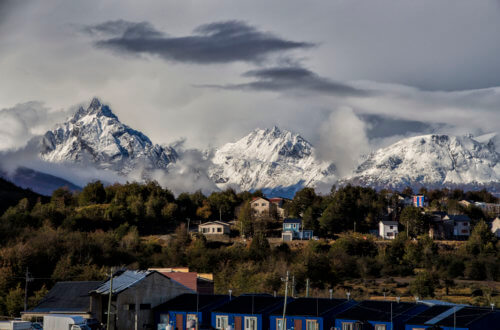 Travelling to Ushuaia: the bus to the end of the world