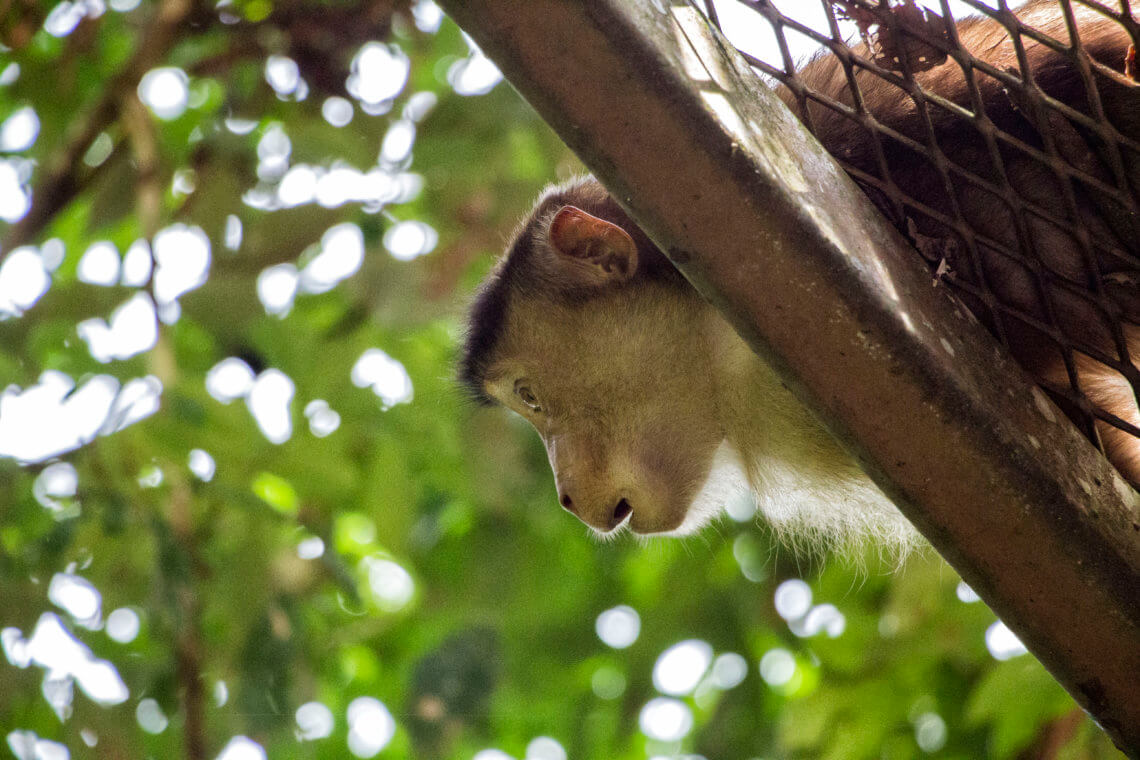 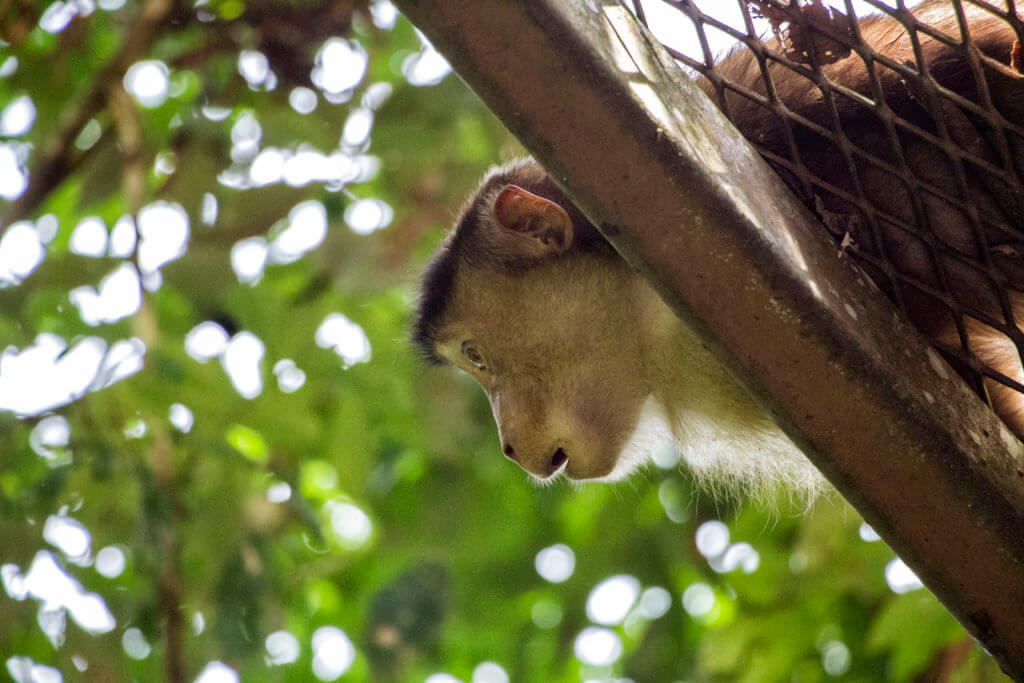 “It will take us about an hour to travel to Turtle Island – unless we see any pirates, in which case we’ll have to go a little bit faster…” Hahaha, a pirate joke from our guide while we’re on a boat. Good one. Except, as we found out later, he wasn’t actually joking. We’d been in Borneo for less than a day and it was already shaping up to be quite the adventure. Borneo is one of those places where just the name alone plucks at the imagination and stirs up thoughts of intrepid exploits through dense, steamy jungles filled with all manner of exotic beasts. Yet, for some reason, it was never part of my travel plans. But plans change and all I can say is “thank god for that!”

So yes, Borneo was a bit of a spur-of-the-moment type of affair that we somehow managed to organise in less than two days (one day to do some research and procrastinate followed by one morning to say “YOLO” and hit the Book Now button). We found a LOT of very expensive Borneo tours online – all luxury lodges and five star dining. Which is great and all but what about budget travellers? We eventually found Borneo Dream and this four day trip to Turtle Island and the Kinabatangan River. It sounded like we would have the opportunity to see some truly wonderful wildlife at a price that wouldn’t destroy our budget.

The tour started and ended at the town of Sandakan, so it made sense for us to bookend our trip with an overnight stop in the city. Neither of us had heard of Sandakan before and our research didn’t turn up much of note. So when our guide made that comment about pirates as we were speeding our way across beautiful blue waters towards Turtle Island, my friend and I genuinely thought he was making a joke. You know, water, boats, desert islands etc… It was only when we got chatting to some other people in our group that we realised our guide wasn’t joking at all. That particular stretch of water is apparently notorious for piracy and, in fact, Turtle Island and Sandakan are considered off-limits by several countries. We were hoping to see some wildlife on this trip but hadn’t counted on anything quite that wild… 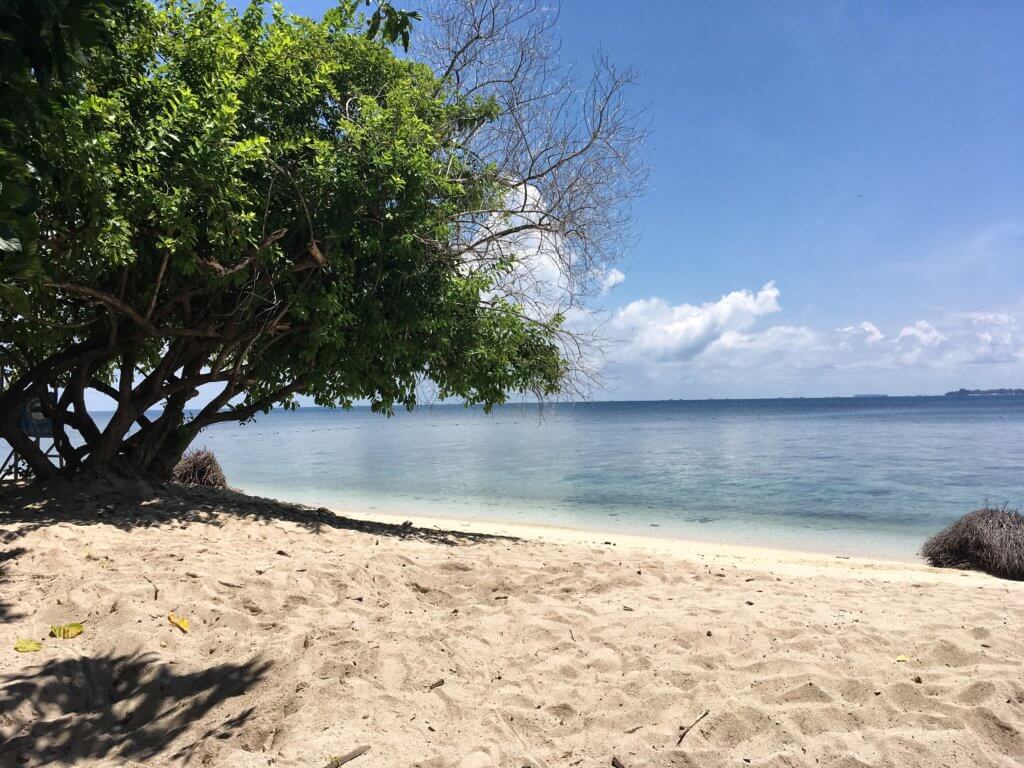 Despite the possibility of pirates, Turtle Island (or Selingan Island as it’s actually called) is a little dot of paradise straight out of the pages of a travel magazine. It has white, sandy beaches; it has clear blue-green waters that are perfect for snorkelling; it has palm trees. And, of course, it has turtles. Both hawksbill and green turtles come ashore each night to lay their eggs, which are then collected by conservationists and transferred to a hatchery to protect them from predators. The turtle hatchlings are subsequently released into the sea. Visitors to the island get to witness both of these incredible sights. 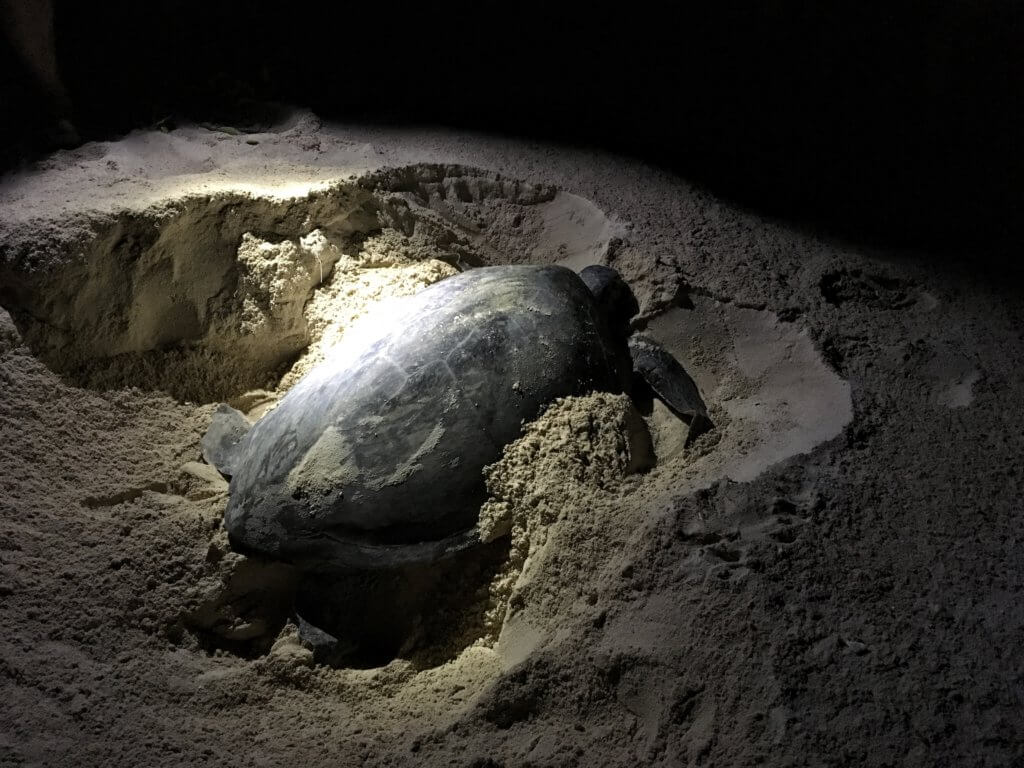 You might have to wait a while for a momma turtle to make an appearance and you will almost certainly get eaten alive by sandflies as you stumble along the beach in the dark, trying not to fall over, but it is so worth it. The whole experience is handled extremely sensitively so as not to disturb the turtle and she seemed completely oblivious to the fact that a bunch of strange humans were watching her. We stood in the quiet dark as our visiting turtle laid her eggs accompanied by low, soft sighs and then covered her nest with sand using her back flippers, completely unaware that the eggs had been collected up for safe-keeping in the hatchery. She was a big mutha too – about a metre long – so being on dry land must have been a huge and exhausting effort for her.

Some of us even got a bonus treat during our visit: the rangers had missed a nest so as we were watching the sunset from the beach, a flurry of teeny weeny baby turtles suddenly appeared from one of the dunes and made their adorable, clumsy way towards the sea, drawn in by the setting sun. Seeing them made my heart hurt – they were so impossibly cute and most of them were probably doomed to become something’s lunch. 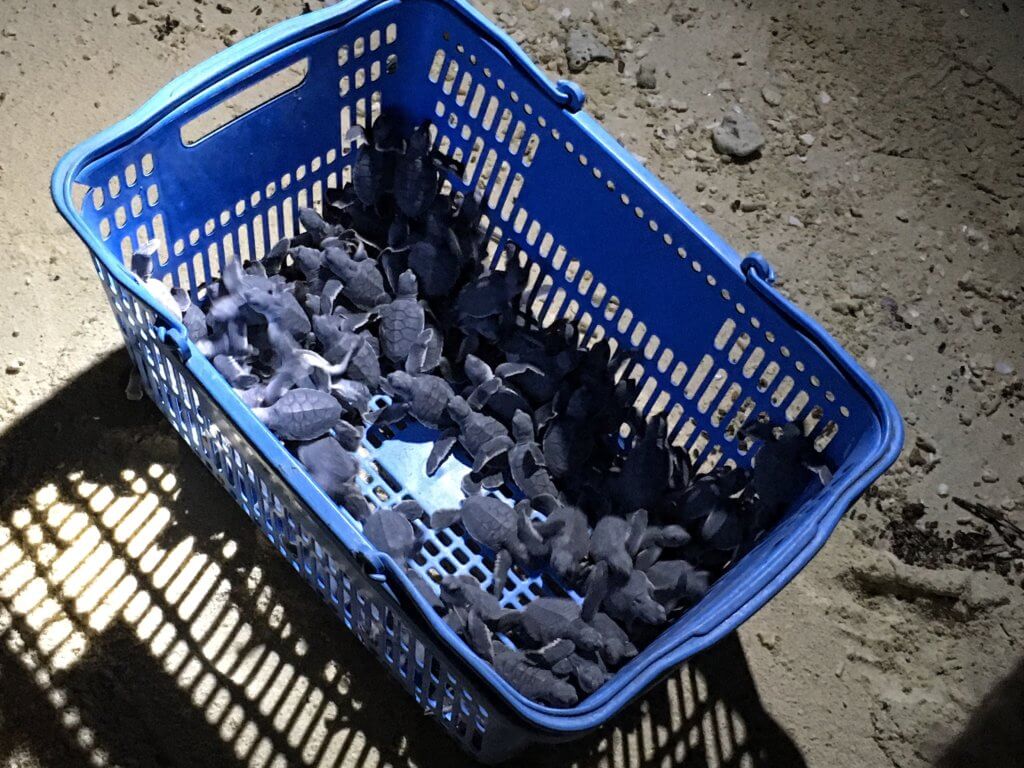 That’s one of the reasons why the rangers release their hatchlings under cover of darkness. The babies have a greater chance of evading predators once the sun has gone down. That night, a ranger stood in the shallows using a torch to mimic the sun as another ranger emptied a shopping basket of tiny blue turtles along the shoreline. Some of them got a bit confused and ran in the opposite direction. I was terrified of accidentally stepping on one – could you imagine being the person who crushed a baby turtle??? We had to gently pick them up and turn them around. It’s amazing to think that they eventually grow into such huge creatures!

Time to monkey around

Although the guy sailing our boat back to the mainland went a little too fast for comfort (“Pirates? Where??”), we made it back ‘un-marauded’. We had time for a quick look around Sandakan market before travelling to Sepilok Orangutan Rehabilitation Centre. The centre was set up in 1964 to care for orangutan orphans and has expanded over the years to include other animals. It’s no surprise why a centre like this is needed. 90% of the world’s palm oil is produced in Malaysia and Indonesia, and Borneo has lost half of its rainforests. According to a 2012 study by the World Wildlife Fund, if current rates of deforestation continue, Borneo could lose most of its lowland rainforest outside of protected areas by 2020. That’s next year. This isn’t a crisis for future generations. It’s happening now. 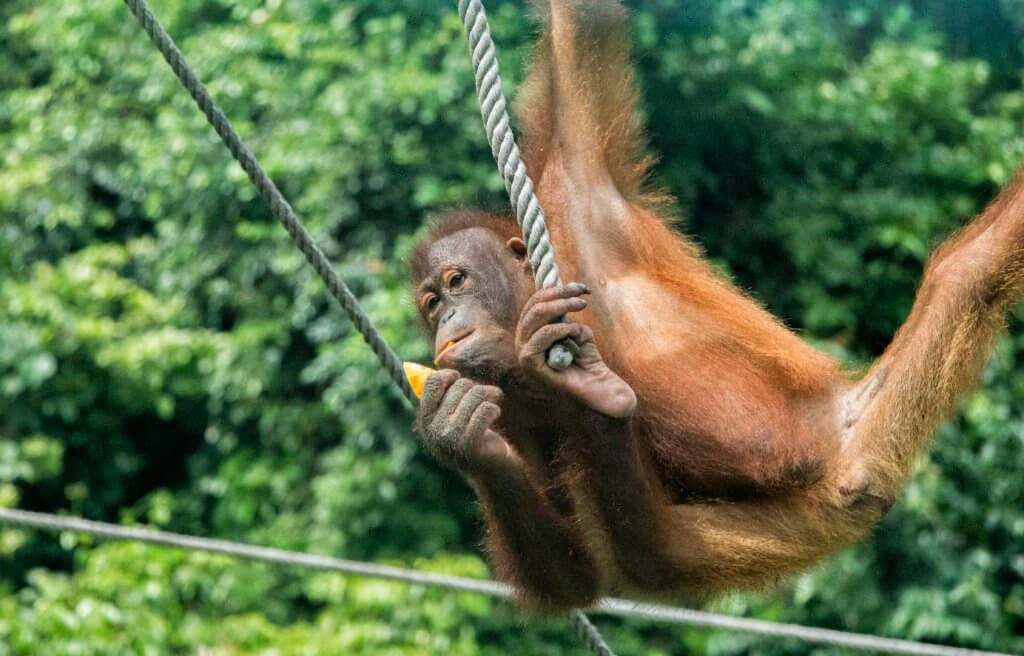 While most of the sanctuary is outdoors, with visitors able to follow walkways through the rainforest, the nursery is kept separate. We sat up in a viewing area where we were lucky enough to be right at the front against the window. Outside was a jungle gym type of affair where juvenile orangutans played and ate bananas. One of them had less fur than the others and seemed to be less integrated with the group. Our guide said this particular orangutan had some health problems and wasn’t quite right in the head, so the others tended to shun him. I felt so sorry for him – until I watched as him position himself beneath an orangutan that was having a wee, open his mouth and drink the wee straight from his mate’s willy! Then I realised why the other apes perhaps weren’t so keen on hanging out with him. 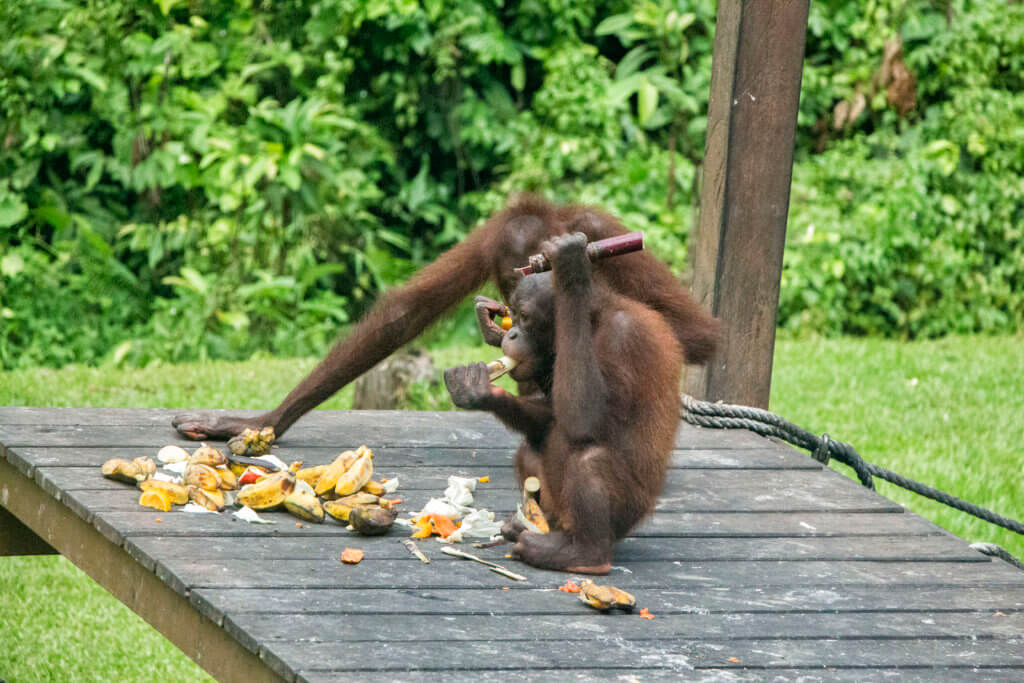 Outside the nursery, there are feeding spots set up along the walkways to encourage the orangutans to come out into the open but they’re shy creatures. The feeding spots had been commandeered by troupes of macaques when we were there, confirming my belief that monkeys are evil. Loud, aggressive and greedy, these macaques fought among themselves, stole food from each other and – what’s worse – BULLIED the orangutans! Yes, the reserve employees confirmed that the orangutans wouldn’t show up when the macaques were around because they were scared of the macaques! As if orangutans don’t have enough to put up with… 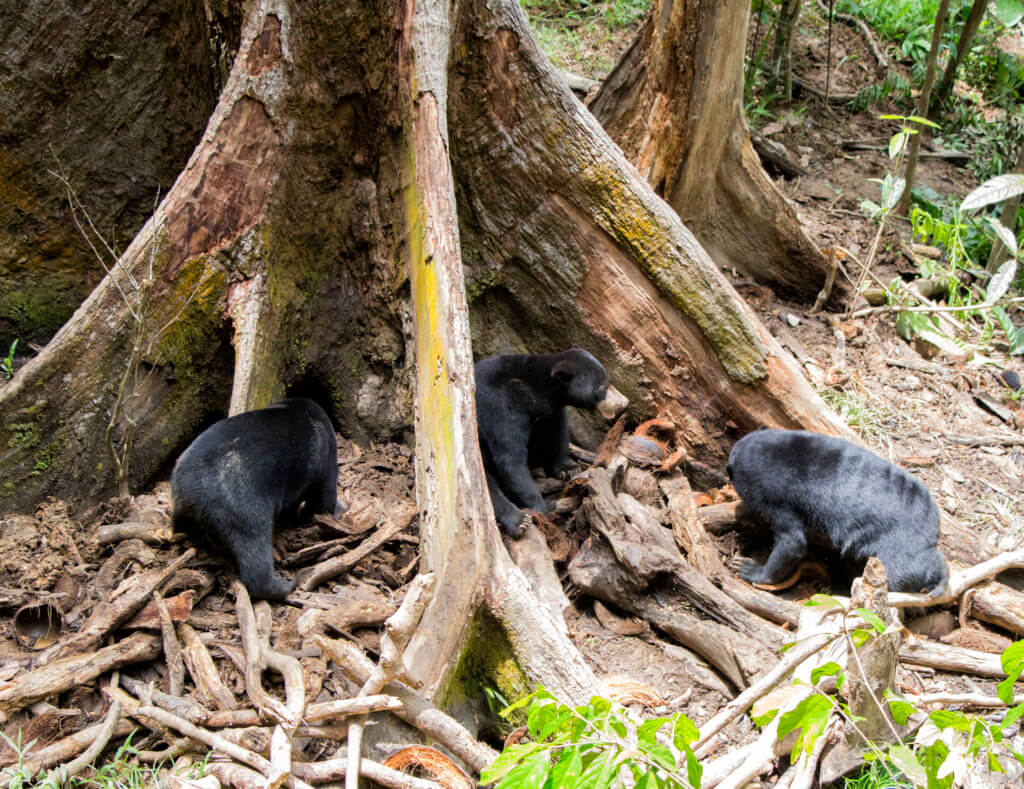 Due to the ongoing crisis with Borneo’s rainforests, Sepilok offers sanctuary to animals besides orangutans and it’s well worth paying extra to visit the sun bear reserve. Sun bears are the smallest of the bear species and are also known as honey bears because they love to eat honey and honeycombs, which only makes them even more adorable in my eyes. They’re only found in SE Asia where their population has declined by 30%. So don’t miss them if you’re in the area.

Next up was the jungle. But would it live up to the Borneo of my imagination?

Between overnight stays on Turtle Island and the jungle, we stayed at the S’kan Styles Hotel in Sandakan. It’s in a relatively safe neighbourhood, close to the Sheraton and the waterfront, and is one of the more comfortable hotels I’ve stayed in during my travels.

Note: Always check your government’s recommendations for travel before visiting somewhere. We made an assumption that Borneo was safe when, in fact, the British government had warned against visiting parts of it. Always travel safely. 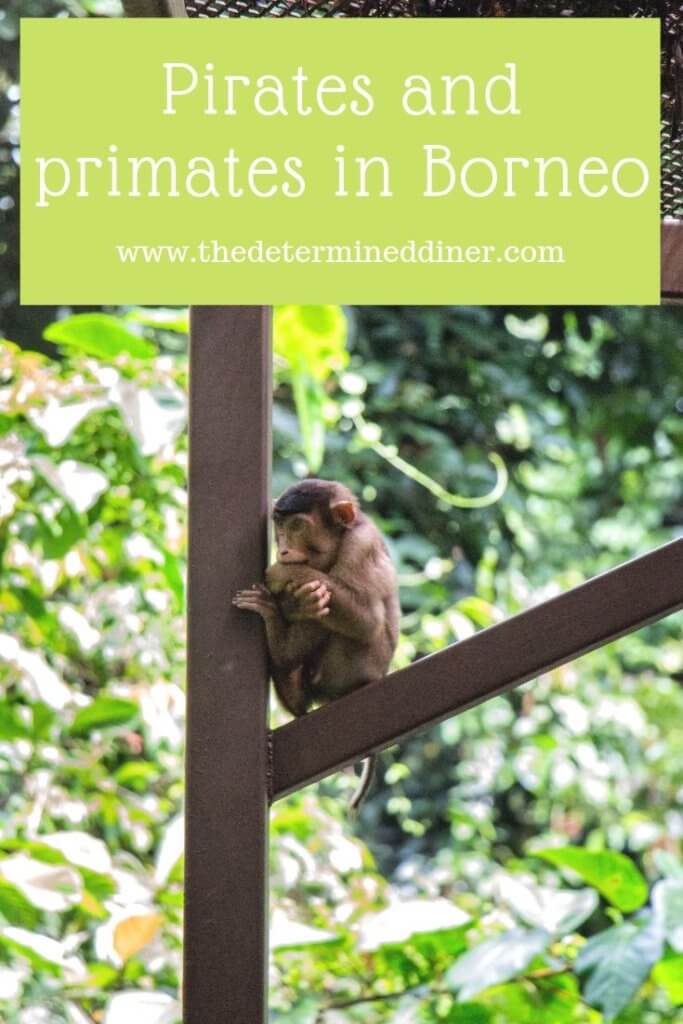 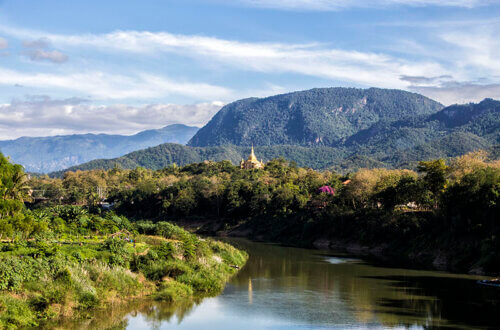 Travelling around northern Laos on the ‘vomit bus’ 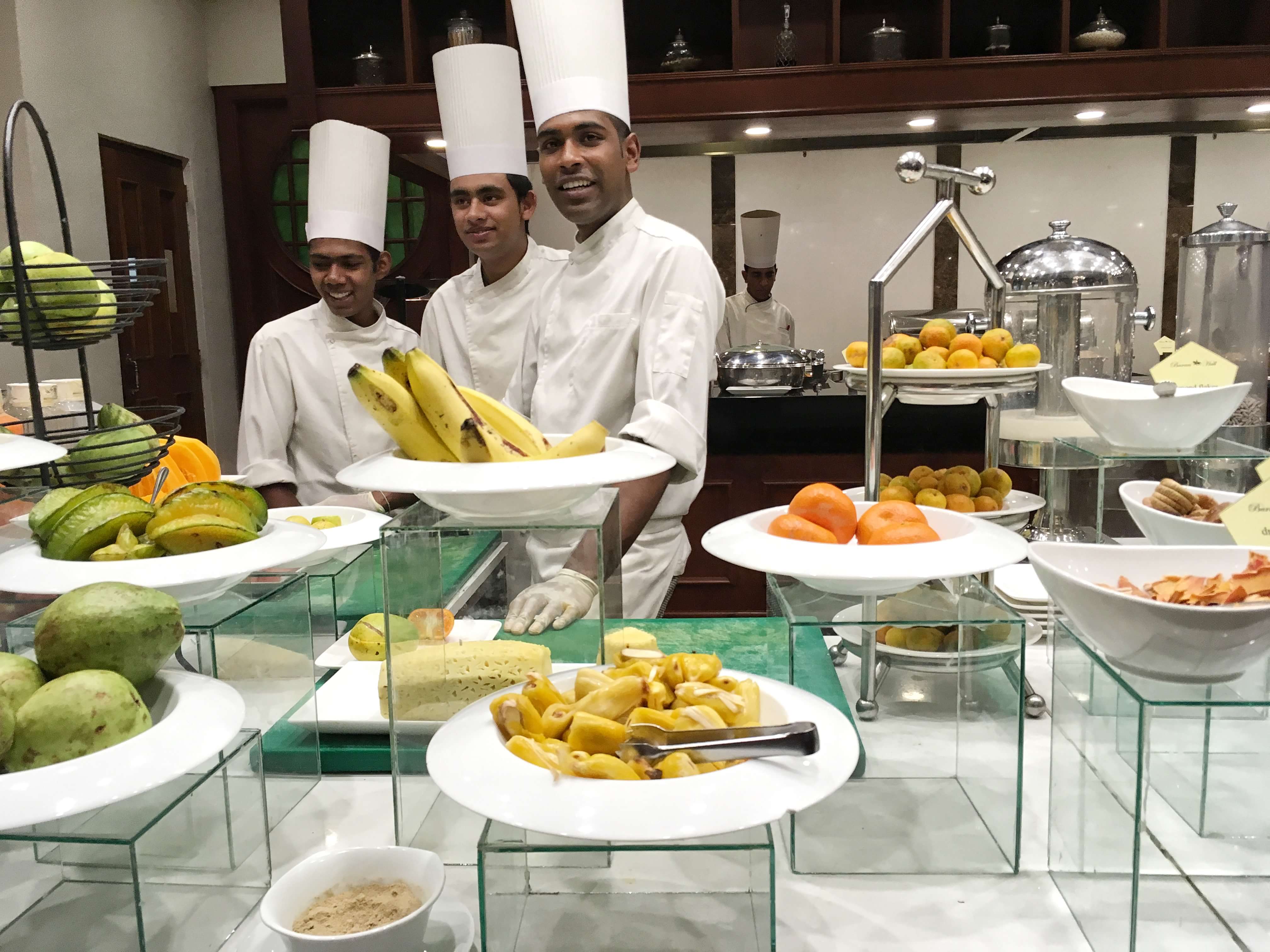